CAN I GET A WITNESS?! 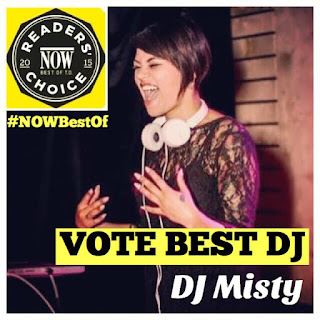 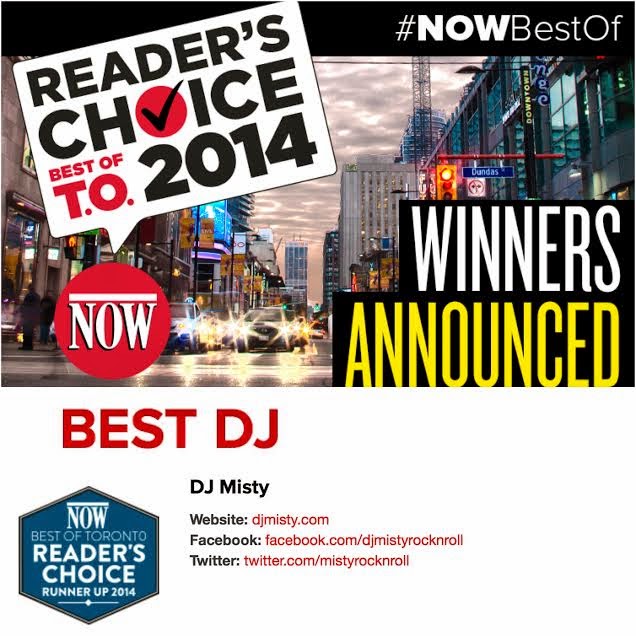 
"Misty is a master of mixing hardcore underground with pop hits that send every crowd in to a dancing frenzy that never seems to let up! She can "school" you and make you throw your hands in the air with delight as she moves seamlessly from one 7" 45 to another." -DJ Splattermonkey

"When I came back by myself on a Tuesday, DJ Misty was spinning 50's/60's soul at the front and DJ HJ brought it forward a few decades with with 90's-to-now hip hop in the basement. For a mid-week party, it was pretty busy which should present a nice option for those of us who don't only go out on Saturdays."


"Later that night I cruised by the Drake for some Sailor Jerry rum shots with the promo girls. Misty was in fine form, handing out drinks and smiles all around. You may also know Misty as a kickass rock DJ, but (sheds tear) she has just recently retired from nightlife for a real job. The city let out a collective sigh at losing this one." -Anna Von (Pournikova) 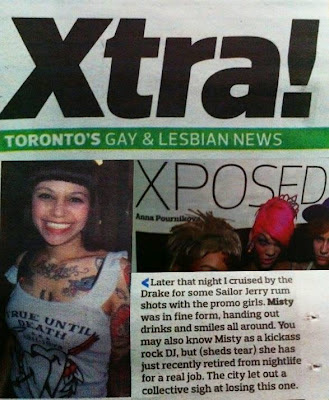 "Twas the nightmare before Halloween and all through the club, not a ghoul was sober, not even a Robocop?!? The club was filled with some spectacular looking costumes and the energy throughout the night was electrifying. DJ Misty made sure that everyone was on their feet and having a blast. The costume contest was fun for all, especially for the winner. Congratulations to all the folks that came out to party in costume and all those that were part of the costume contest, you all ROCK!" 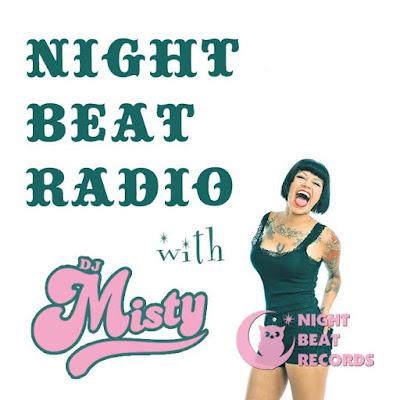 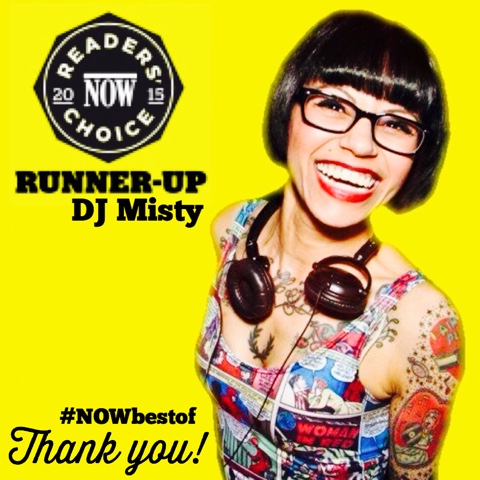 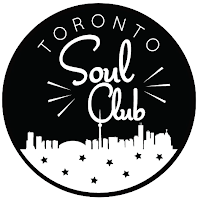